Please be aware when registering, all times are in the Eastern Time Zone. If you have any questions about registration, please check out the Registration FAQ or email onlineseminars@saa.org. 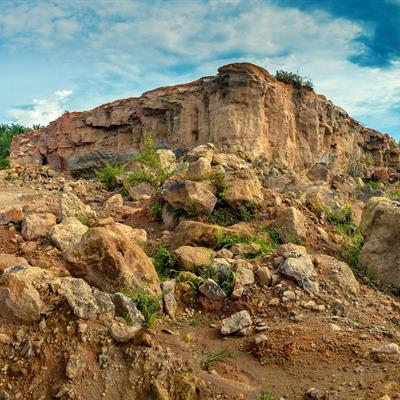 Dr. Joseph Schuldenrein is the President of Geoarcheology Research Associates (GRA).  He founded the firm in 1989 and its mission has been to apply Geoarchaeology in both compliance (CRM and Heritage Management) and research venues. He has been a Research Associate at the Center for the Study of Human Origins at New York University since 1996. Dr. Schuldenrein is a former Fulbright Fellow in Geology and Archaeology (Hebrew University, Israel) and Fellow of the Field Museum of Chicago. He received his Ph.D. in environmental archeology at the University of Chicago in 1983. His professional experience includes work across the North American continent. Internationally he has consulted on projects in Central Europe and the Mediterranean, the entire Middle East, India, Pakistan, and eastern and southern Africa. He is involved in research on Human Origins, Early Civilizations (South Asia) and site formation process. GRA’s projects have included forensic excavations for the Saddam Hussein trials (2005-2008) on behalf of the U.S. Department of Justice and design of a baseline Cultural Heritage Management Plan for the site of Mes Aynak (Afghanistan; 2011). Dr. Schuldenrein is currently focused on developing protocols for Urban Geoarchaeology, based on extensive excavations in his base of operations in New York City.

Description
Geoarchaeology examines the relationships between changing landscapes and the archaeological sites associated with them. This sub-discipline has grown exponentially in the past two decades because of its utility in explaining patterned site preservation and its use in heritage management. Cultural resource potential is at the core of preservation planning. Development interests and regulators look to geoarchaeology to help in modeling archaeological sensitivity. This introductory course examines the science behind ancient soils and landforms, human activity, settlement geography, and site preservation. Participants will learn about geoarchaeological principles and the latest methodological advances in the digital age. Participants will learn to develop project strategies that are both efficient and cost-effective.
Objectives